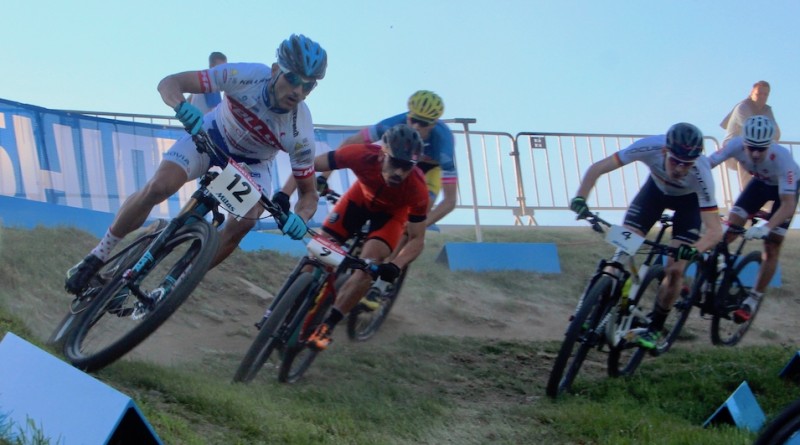 *Three years after kicking the Eliminator out of the world cup program the World Cycling Federation UCI and partners consider about the introduction of another additional discipline. Following a concept, which is still to be discussed with the organizers and Red Bull Media House, Short Track competitions (XCC) should be hold at every cross country world cup event.

It’s quite likely the Short Track as a world cup competition will come. Main question is still: already in 2018 or just in 2019?

While the mtb commission of the UCI follows the concept Simon Burney, UCI mtb coordinator, has created, the event organizers still have to give their okay.

“The contracts for 2018 are already made, without Short Track”, Burney explains. So it’s obviously, that the organizers have to agree before the additional race could be put into the program.

Same with Red Bull Media House. The contract of the internet rights holder does not include another day to produce and it lasts until end of 2018.

“We will not compromise our relationship with Red Bull Media House”, says Burney. So RBMH has to figure out if they are able to provide pictures from an additional race or not.

The coverage could be a highlight package used during the pre show before the XCO races on Sunday up to a live stream.

If the organizers and RBMH say yes already for 2018, the concept has to get the permission of UCI management committee, which will meet next time in September.

“We then have to finalize the regulations until mid of August”, says Simon Burney.

They are not going to make the same mistake as six years ago. In contrast to the three years with the Eliminator discipline (2012-2014), the UCI for the XCC intends to award points to the cross country (XCO) overall world cup classification.

In fact the half of the points of a cross country race in the Olympic format should be donated (125 for the winner, down to 3 for place 40).

Also points for the world cup team ranking are given.

So in 2018 seven XCC and seven XCO competitions are counting together for the overall cross country classification.

Who is Allowed to Race? Who Will Race?

Due to the specific of Short Track Races only the top 40 of (women and men) of the UCI world ranking are allowed to take part in the opening round in Stellenbosch, RSA.

From the second round to the end of the season the top 16 of the overall classification plus 24 best ranked riders of the world ranking are allowed to take part.

For the XCC itself no world ranking points are awarded.

Another point to force the top XCO riders to take part, will be the influence into the starting order for Sunday’s cross country race in the Olympic format. The first two rows (top 16) of the call up should be formed up by the ranking of Fridays XCC.

This should be another good reason to take part, also for the top riders like the world champions Nino Schurter (Scott-Sram), Annika Langvad (Specialized Racing) and others.

To have success with the introduction it’s obviously important to have the top XCO riders in the race,  as the flop with the Eliminator shows.

The Rules, the Specifics

A Short Track Race on a course up to 2 kilometre should last 25 minutes. The number of laps will be announced before the race. It’s nothing new, since it has been raced in the US for already for a long time. There are even national champions in this discipline.

As the concept says, the bikes used in the world cup Short Track Race have to be the same as in the Olympic format and the minimum tyre width is 45 mm.

The request to introduce a second discipline for xco riders into the world cup program is old. Trade teams were asking to have another platform to present their riders and to have more chances to earn some honour while spending a lot of money for travelling all around.

Also organisers like Nove Mesto and Albstadt were forcing this development since the Eliminator was thrown out of the world cup program after 2014. Nove Mesto launched a XCC race this may as a test. Even if the top riders were not taking part, the test showed that it could be a good tool to create another exciting moment for the world cup.

It would be the third attempt of the UCI to include a second discipline for cross country riders into the world cup program. First time it was in 2001, when a one lap time trial was introduced, as qualification for the cross country race (top 160) and with influence on the starting order. The format was not interesting enough for spectators, so it was already cancelled after one season.

The second attempt was the Eliminator, introduced in 2012 and kicked out end of 2014. There were no points for the overall, so the top cross country riders did not start. More and more it became a competition for specialists. As the IOC refused to take it into the Olympic program, UCI due to the additional costs decided to cancel the Eliminator again.

*Please do not kill me for my English writing ;-). I know, it’s not the best and far from being perfect. Since I was asked several times to transfer my blog into English, I decided to risk it this time because the subject of the text should be interesting for all observers of the international cross country sport. I hope people able to follow the sense of my writing. 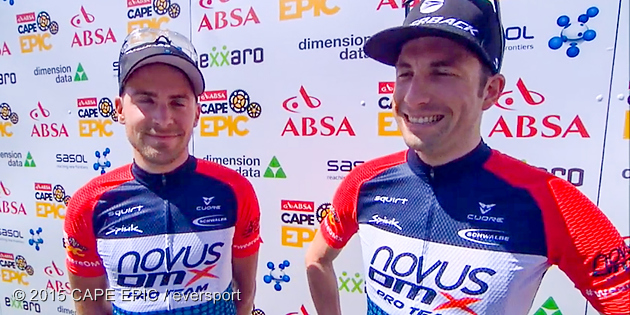 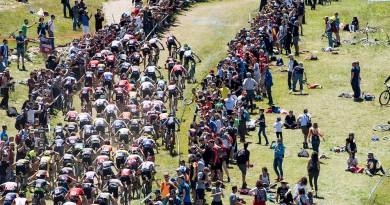 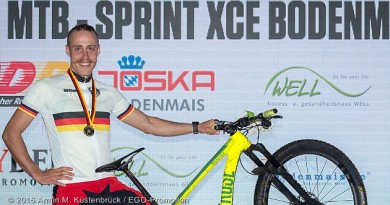 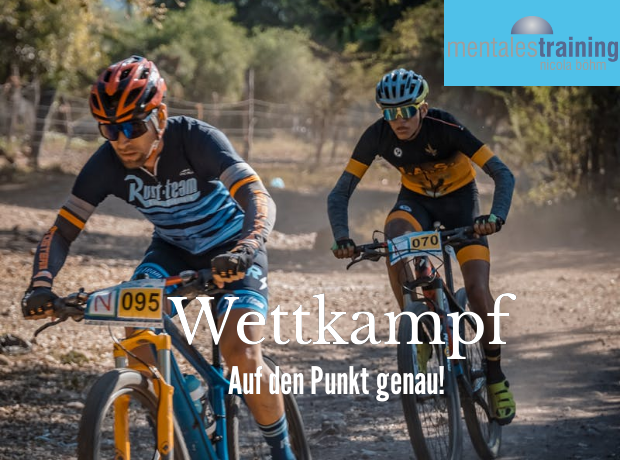 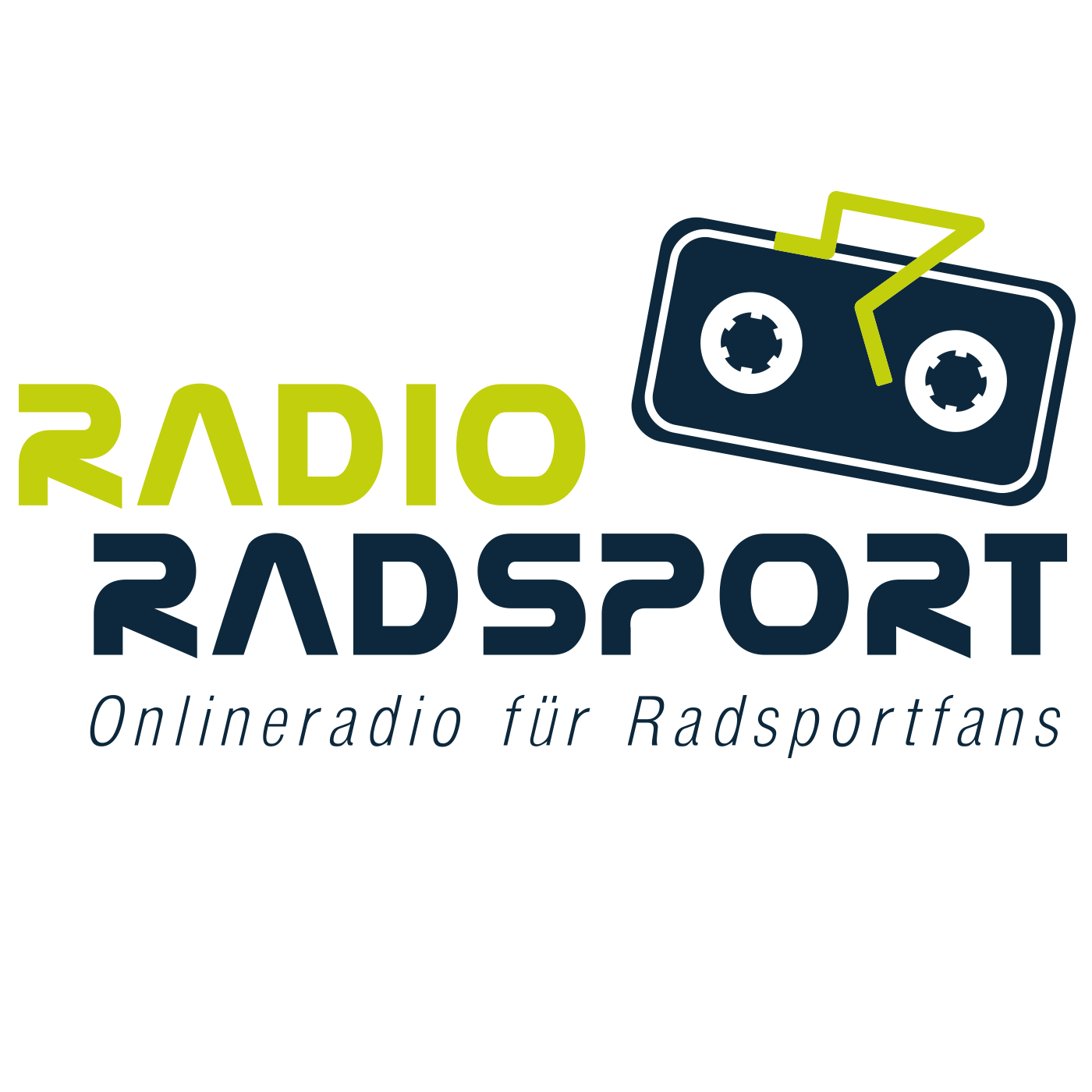 This site uses cookies: Find out more info about.